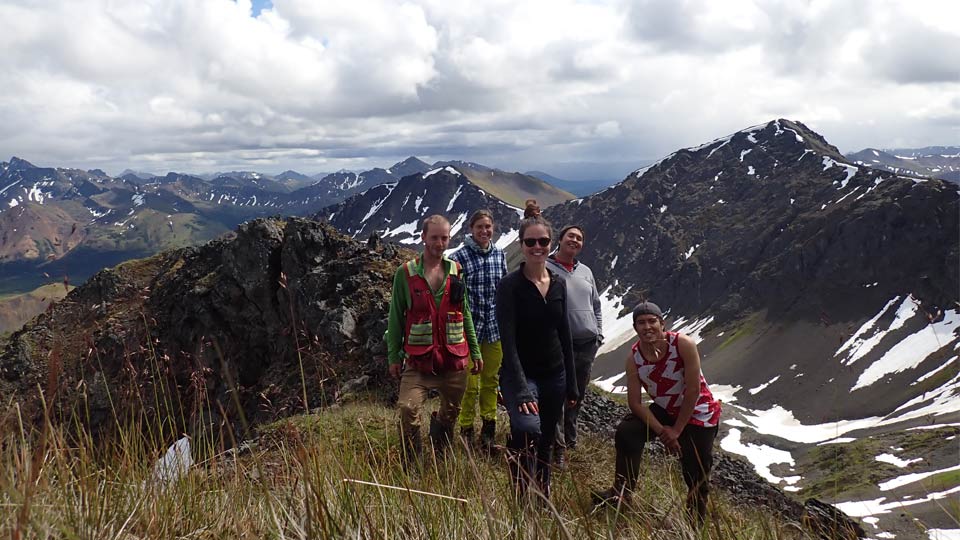 Evergold, a B.C. focused mineral exploration company, has been flying under the radar of late. While their 2021 drill campaign provided some exciting results at their flagship Golden Lion property in northern B.C., the news of their find came too late in the season to generate any real buzz. But CEO Kevin Keough is undeterred, confident that Evergold is on track to duplicate the kind of shareholder value he and his team have delivered in the recent past.

“The key outcome from our 2021 field program was the discovery of our first high-grade gold-silver domain within the large GL1 Main Zone at Golden Lion,” Keough said. “That is a real game changer, because let’s face it, the market is particularly interested in high-grade results.”

Golden Lion was previously held by Newmont Corporation, one of the world’s largest producers of gold. They saw a lot of potential in the property back in the early ‘80s when they drilled 22 short, shallow holes there, nine of them on core areas of the GL1 Main Zone, and achieved long, broad gold-silver intercepts in all nine holes. But they made two critical errors according to Keough. “Their first and critical mistake in my view was they did not go below any of their shallow angle holes with an undercut, leaving the depth potential entirely untested. Their second key mistake was not bringing up their drill density. Their pads were established quite far apart, roughly 100 meters.”

Evergold approached the exploration of Golden Lion differently. During the 2020 field season, along with an initial phase of drilling that confirmed Newmont’s drill results, the company did geophysics that suggested the system was likely going up in intensity at depth, below historical Newmont drilling.  The next season, in 2021, the Evergold team went back with the goal of testing this theory. This proved prescient. In the final 3 holes of the drill program they discovered the first high-grade domain within the broad zone of shallow, lower grade mineralization at GL1 Main.

“Although testing the depth potential was our focus in 2021, it turns out that our first high-grade domain, although discovered in one of our deeper holes, actually comes right to surface between the historical Newmont drilling,” Keough declared. “It contains the highest grades of precious and base metals yet seen in drilling at Golden Lion.”

Beyond these encouraging results, the company has the added advantage of operating in one of the most prolific gold and silver regions in the world – an area that has already proven to be fertile ground for Thesis Gold (TSX.V: TAU) and Benchmark Metals (TSX.V: BNCH), both located in the Golden Lion neighbourhood.

“Those who are familiar with the so-called Golden Triangle in northern B.C. may not appreciate that there’s actually another part to that system,” Keough said. “It’s over to the east and we’re in it. So, if you couple the two, it looks like a big horseshoe, but it’s all the same rocks.”

By now, Keough knows a good opportunity when he sees one. Trained as a geologist, he’s worked abroad with heavyweights like Anglo American and De Beers, and has been running junior mining companies, including Nustar Resources, Canstar Resources, PC Gold, and Myan Resources continuously since 2004.

He also brought GT Gold to market as its founding CEO back in 2016. According to Keough, “In July and December 2017 respectively, we delivered the massive, 20 million ounce gold equivalent Saddle epithermal gold and porphyry copper-gold discoveries, also in northern B.C., for which Charlie Greig, our key technical advisor, just received the country’s top exploration award from the PDAC.  We sold that discovery, and in fact the whole company, to Newmont Corporation last year. So, we’ve done this before. We’re really trying to do it again with Evergold.”

Keough expects Evergold’s work at Golden Lion will get a bigger share of the spotlight in the coming year, and for good reason. “Given the nature of these large epithermal systems and the fact we’ve got kilometers of strike length to work with, I’m confident we’re going to deliver more high-grade intercepts, and likely more high-grade domain discoveries also, as we drill below and along strike from the initial high-grade domain.  That will be the focus for 2022.”

Evergold is well-funded to get the job done. They have $3 million cash in the bank and no debt owing. “Our focus is discovery, to which end we raise money, typically from the stock markets, and deploy it into the ground,” Keough said. “We’re looking for zones of mineralization that from an early stage exhibit the hallmarks – some combination of grade and scale – that suggest they could potentially become mines.  But it’s not our ambition to extract whatever we might find. Our ambition is to prove it’s there and to potentially sell it to a large mining company.”

The prospect of that happening at Golden Lion have grown exponentially with Evergold’s discovery of its first high-grade domain, and Keough expects to have more positive news to report in the coming months.

FULL DISCLOSURE: Evergold Corp. is a client of BTV-Business Television. This article does not constitute investment advice. Each reader is encouraged to consult with his or her individual financial professional. Any action taken as a result of reading information here is the reader’s sole responsibility.